Dishes such as this one from Hawaii’s Molokai Island are called calabash bowls because their earliest antecedents were cut from gourds. The first Western visitors to the Hawaiian Islands documented the uses of and manufacturing techniques for these bowls in their manuscripts beginning as early as 1789. The appeal of these bowls has never ceased among those who recognize the exemplary woodworking techniques and the artistic eye of the bowls’ makers, coupled with their rich cultural heritage. In this post we examine this bowl through the careful selection and use of its local materials, the craftsmanship of its artist, and its importance to feasting and the sharing of meals as well as the continuance of familial and cultural histories. 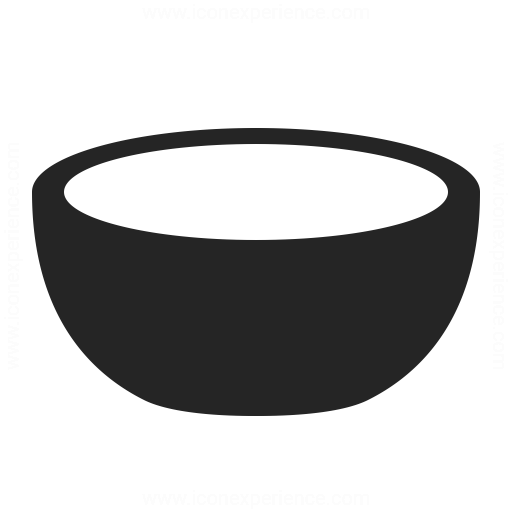 Diaspora of the Calabash

As mentioned above, both the shape and name of this bowl come from the gourd endemic to Hawaii. The calabash is unique for many reasons, perhaps the most important of which is that in many places it was grown specifically to be used as a bottle rather than to be eaten. It is believed that this practice first originated in Asia and spread west to Africa and east throughout Oceania. In Hawaii the Calabash serves another purpose aside from being used as a vessel, it was played like a hand drum as a percussion instrument. Despite its name, calabash bowls were almost always carved from wood rather than fashioned out of gourds.

Woodcarvers worked alone in creating these masterful works, but the knowledge that they used had undoubtedly been passed down for at least hundreds of years before Europeans arrived on the shores of Hawaii. Like many other Hawaiian calabash bowls, the subject of this post is carved from kou wood, selected for both its physical properties and aesthetic qualities—the contrasting colors of the wood and the curving lines created by its grain are thought to be particularly attractive. These wooden bowls were carved with stone and coral tools before European contact. Around 1800 these were replaced with iron carving tools, and lathes came to be the most used means of production around 1870. The exteriors were highly polished, earlier by more traditional materials like nut oil and much later they were shellacked.

The bowls were created for a utilitarian purpose: feasting. They were most often used to hold poi and less often meats. Originally, they were owned and used only by those who held royal or high status until 1819 when it was made legal for anyone to own one. The bowls were so prized that they were often named after someone of importance to a family such as an ancestor or an esteemed chief. Often a child was named after a bowl who would inherit it and the responsibility of keeping it and its historical importance within the family. Because the bowls were so treasured, they were maintained and repaired as needed. Evidence of a traditional repair, a butterfly-shaped peg pounded across weak spots and splits, can be seen here. Instead of being viewed as less than perfect these types of repairs were seen as marks of beauty.

Though its consumption diminished greatly over the late 19th to early 20th century when it was gradually replaced by bread, rice, and potatoes, poi was once a staple food of Hawaii. It is made by taking the root of tubers like taro, cooking them, removing their skin, grinding and straining them and then adding water. The result is a “starchy food paste” which can either be eater when it is fresh and sweeter or be left to ferment and develop a taste similar to that of yoghurt. Sour poi would have traditionally been paired with salted fish.

Text and images may be under copyright. Based on original research by Julie Perlin Lee. Please contact Collection Department for permission to use. References are available on request. Information subject to change upon further research.

The Sherlockian calabash pipe is a smaller bent gourd lined with with Aegean meerschaum (“sea foam”, which makes a fine, easily carved, cool smoking pipe on its own); African calabash clay is still consumed by women to ameliorate the awful symptoms of early pregnancy (🤢); and Jimmy Durante has long since joined his Beloved to whom he used to sign off:
“And good night, Mrs. Calabash, wherever you are…”.

0 Cancel Reply
Beautiful works! The Sherlockian calabash pipe is a smaller bent gourd lined with with Aegean meerschaum (“sea foam”, which makes a fine, easily carved, cool smoking pipe on its own); African calabash clay is still consumed by women to ameliorate the awful symptoms of early pregnancy (🤢); and Jimmy Durante has long since joined his Beloved to whom he used to sign off: “And good night, Mrs. Calabash, wherever you are…”.
Cancel Update Comment
First Page Previous Page 1 Next Page Last Page