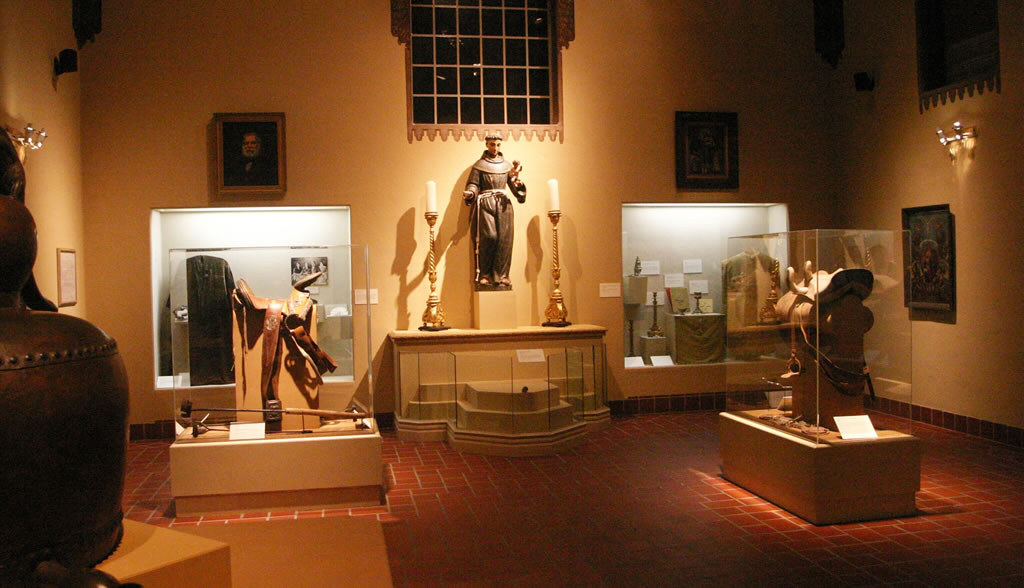 California Legacies: Missions and Ranchos (1768-1848) features displays of California and Orange County history that are must-sees for California students and residents alike.

California Legacies: Missions and Ranchos (1768-1848) features objects related to the settlement of Alta California through Spanish land grants, life at the California Missions and the wealth and lifestyles of the first families who flourished under Mexico's rule of California known as the Rancho period. The collection originating from Orange County's missions and ranchos includes the first brandy still to be brought to California, a statue of St. Anthony that originally stood in the Serra Chapel at Mission San Juan Capistrano,a dispatch pouch used by Native Americans to deliver messages between missions, and fine clothing, paintings and daily use objects. A must-see for California students and residents alike.