The Gift of Los Angeles: Memories in Watercolor by Gayle Garner Roski 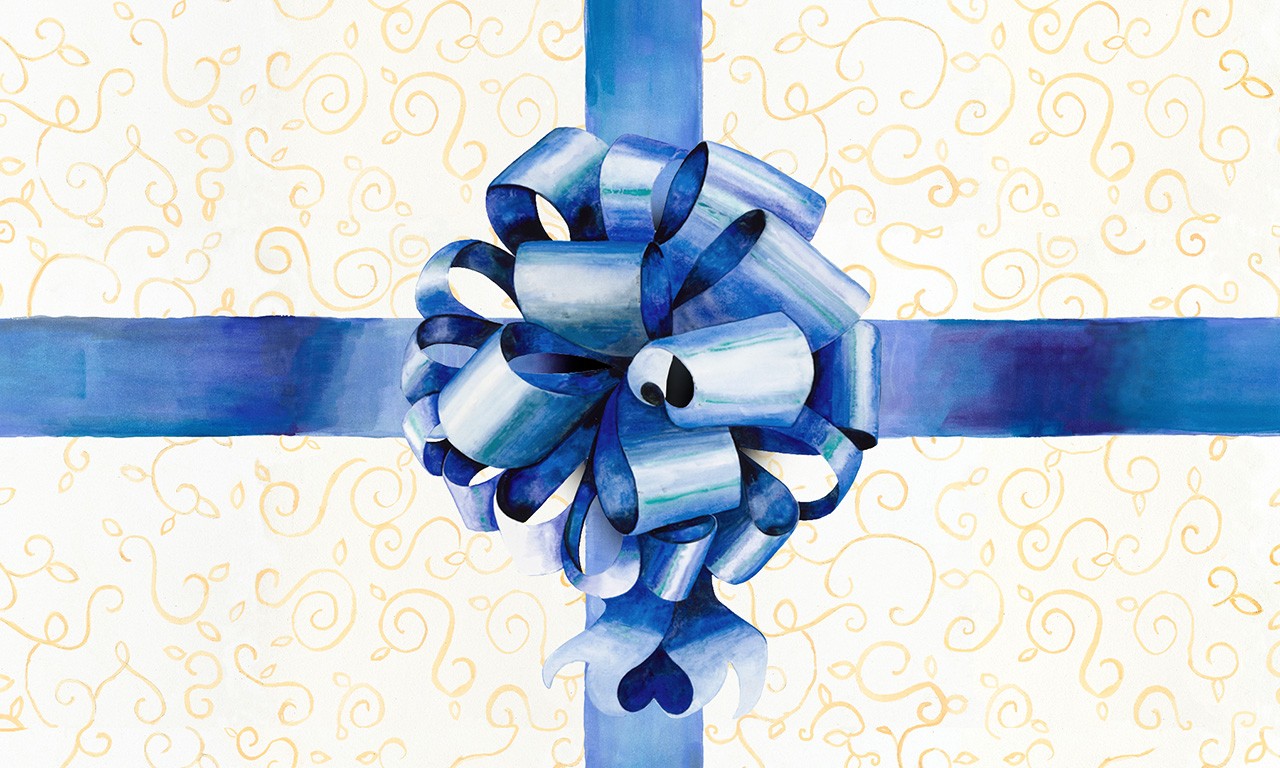 This past weekend the Bowers Museum opened the doors of The Gift of Los Angeles: Memories in Watercolor by Gayle Garner Roski, a retrospective exhibition celebrating the life of Gayle Garner Roski. As a holistic look at the wonderful LA artist’s relationship to the city she was born in and loved, an exploration of Gayle’s personal life, and a look at the myriad ways that she was connected to the Bowers Museum, the exhibition explores many facets of Gayle’s intricate life. This post takes a deeper dive into why Gayle became a painter and how the Gift of Los Angeles artworks were first conceived.

Lucky to Be from La-La Land

Gayle Garner was born in Los Angeles to Russell Dwight and Mary Lewis Tucker Garner on September 11, 1941. From an early age her mother sparked her love of art by setting her on her porch and teaching her to draw her neighborhood; it was because of her father though that she fell so deeply in love with Los Angeles. As a lawyer, he traveled around the city during the week, stopping at delicious eateries and driving by exciting attractions. Anything that caught his eye became a weekend stop for the family and offered a new reason for Gayle to love her hometown. After graduating from high school Gayle attended the University of Southern California (USC) to study art—as it happens the school at USC that she attended is now called the Gayle Garner Roski School of Art and Design. It was at USC that Gayle met Ed Roski who she married shortly after his graduation. The couple had three children together.

Too Bright for Shadow

By the early 1990s, all of Gayle’s children had moved out of the house and she began to feel that she was disappearing into being a footnote in the lives of her husband and children. Not relenting to that feeling, Gayle resolved herself to follow her lifelong dream of becoming an artist. Having always loved giving and receiving presents, Gayle started painting a series of gift ribbons between 1992 and 1995. Her brilliant, reflective paintings showed her to already be an impressive watercolorist, and when she gifted one to a childhood friend and owner of Gearys, he invited Gayle to have her first exhibition in his Beverly Hills store. Over the years Gayle would work on a vast array of projects including illustrating books, creating the design of the sculptural angels placed around Los Angeles, and even traveling to the bottom of the Atlantic to paint the Titanic in situ.

The primary collection of works in our Gift of Los Angeles exhibition is Gayle’s Los Angeles Millennium 2000 – 2020 series which evolved organically out of a smaller exhibition. Beatrix Barker is a public art curator and a longtime friend of Gayle’s and in 2000 reached out to her about the prospect of creating a series of ten paintings of Los Angeles for the city’s historic Fine Arts Building. Because of the dimensions of the space, Gayle was required to make portrait-oriented paintings which were 40 ½ by 23 ½ inches. This was no problem for Gayle, who tended to hand-cut her paper. After completing the first ten paintings, Gayle decided that she wanted to continue the series. She set a personal goal of painting another 30 paintings and publishing them as a large-format book in 2020 to mark the first two decades of the new millennium. In total, Gayle completed 44 works by the time that she passed away from amyotrophic lateral sclerosis (ALS) in October of 2020. The beautiful, finished book was published posthumously under the same name as the exhibition. In keeping with Gayle’s lifelong role as a benefactor of the arts, its sale through the Bowers’ gallery store goes towards museum art programs.

Gayle’s paintings are entirely unique for several reasons. In discussing her process, she described that her paintings always came from a place of celebration, and we see that the subjects of her paintings almost always appear to be jubilant that they live in the City of Angels. Over time Gayle transitioned from a more formal study of the buildings of Los Angeles to paintings populated by friends and family who might work at or otherwise be associated with a given locale. For example, Gayle’s Bringing the World to the Bowers includes the President and Chair of the Museum’s Board. Lastly, we can speak to the palette of these works which is as consistently bright as the rest of the paintings. Gayle never grayed her colors meaning that every scene is washed in the intensity of pure hues. The result is that her works evoke a rare emotion within the larger scope of contemporary art: pure joy.

The Gift of Los Angeles: Memories in Watercolor by Gayle Garner Roski is organized by the Bowers Museum and curated by Jean Stern. Artworks are on loan from the Roski Family. Text and images may be under copyright. Please contact Collection Department for permission to use. References are available on request. Information subject to change upon further research.

Hands of the Past: Karawari Cave Art
The Bonney Sketch Artist: Avoidant Glimpses of the...