If you have been missing the Bowers Museum as much as we have, then perhaps you too have been walking its halls in your imagination and picturing the placements of objects. While the Bowers’ galleries hold many iconic treasures, one stands above all other in the degree to which it is a quintessentially Bowers object, and that is Raúl Anguiano’s 1999 untitled mural-homage to the many cultures represented in the museum’s collections. Adorning the Thompson Foyer which connects the Bowers’ north and south wings, the objects featured in this brilliant survey would have once been familiar to any visitor to the museum but may now be somewhat obscure. For the first time since the work was painted, the Bowers Blog tracks down each of its elements and provides a little background into what they are.

Raúl Anguiano was born in Guadalajara, Mexico in 1915, and over the course of the century became one of the most famous second-generation Mexican muralists. Around 1999, the Bowers Collector’s Council—especially with the help of the late Richard Barrutia and his wife Kathy Barrutia who is still an active supporter of the museum—helped raise funds to commission two mural-size paintings on canvas from Anguiano. One of these, which the Bowers Blog previously wrote about in Raul Anguiano's "The Mayas" illustrates scenes of Mayan mythology from the Dresden Codex. Unfortunately, aside from a wealth of information on the supplies he used to paint the murals, the Bowers retained little documentation on Anguiano’s process for selecting the subjects for his untitled masterpiece. The final selection is an interesting one, with nine Bowers objects, two personal tributes, and three architectural and sculptural icons used to show the scope of world culture shared at the Bowers.

Beginning on January 6th, 1999, Anguiano came to the Bowers Museum Tuesday through Sunday from 11:30 am to 4:30 pm to paint the below. Use this key to navigate the remainder of the post: 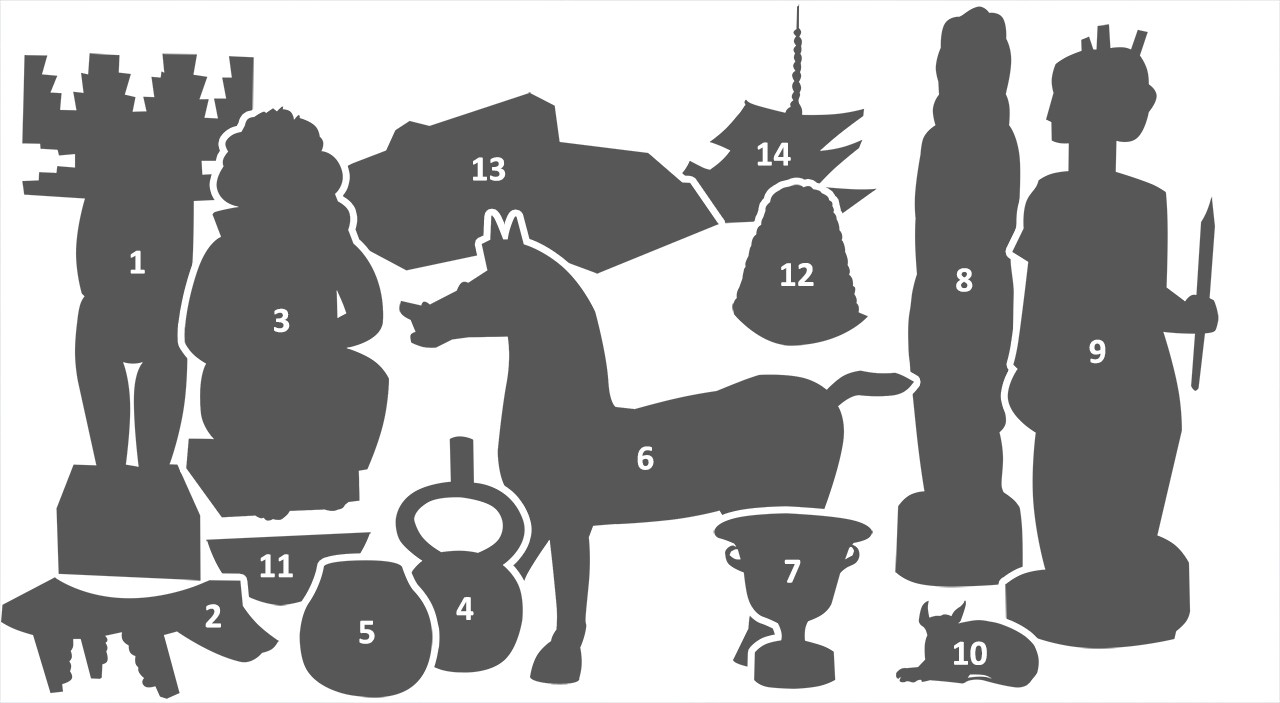 An awful lot went into Raúl Anguiano painting the mural. Be sure to take a good, long look at it when we can return to the Bowers!


Text and images may be under copyright. Please contact Collection Department for permission to use. References are available on request. Information subject to change upon further research.

Arthur Edwaine Beaumont and the Story Behind “The Red Bathing Suit”